Contracts can be seen as a way for private parties to create a statement that records a set of expectations about the future relationship between them.

In recent centuries, contracts, like most other legal formulations, have been expressed in a natural language document.  At its simplest, a contract can consist of a single agreed trigger for a single agreed event, a form shared with entry level “smart contracting” widely applied in the blockchain space.   Most interesting contracts have a more complex form, involving longer strings of interlocking events, performances and restraints.  The natural language drafting and interpretation of such strings is traditionally handled by trained professionals, often lawyers, who have some expertise in how to craft and decipher the sometimes tortured language structures that are involved.

Research has confirmed that the underlying structure of contracts (and much of the rest of the law) is fundamentally computational.   This reflects the computational nature of the underlying structures which contracts are seeking to codify and govern.  This work establishes that contracting can be translated from natural language as its basic medium of expression to machine executable code without any loss of information capacity or logical structure.  Rather, the power, speed, and exactitude which digital computers enable should lead to improvements in many aspects of the contracting process, ranging from creation and testing to execution and fulfillment and on to enforcement if that should prove necessary.

There are already systems putting this power to use, ranging from the relatively simple understandings encoded as smart contracts in blockchain transactions to more powerful, if often isolated, systems such as Amazon’s one click purchasing approach or as internet banking portals.  What is missing is a widely-shared, interoperable ecosystem, similar to the Internet Protocol, which could enable a wider capturing of the power of true computable contracting.  Some of the work to date adopts a hybrid, or “Ricardian” form that is part code and part natural language.  This approach has its uses, particularly as an interim phase, and some natural language elements will necessarily persist in the queries and instructions relayed to human end-users.  That said, the end-product of this process is likely to be an ecosystem that will utilize executable code as the principal mode for specifying contractual relationships.

One concern that is frequently expressed about this progression is the need for “ambiguity” in contracting.  To the extent that this is actually desirable, it frequently refers to a need to apply human judgment to  some aspect of classification.  Such references to a human “sage” can be imbedded in code-based contracts as well.

This talk will explore these topics, and will provide both an introduction to the future of contracts expressed in digital form and an exploration of some of the issues which these developments raise. 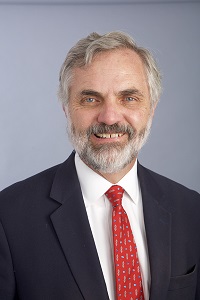 Oliver Goodenough’s practice and research at the intersection of law, technology, finance, economics, neuroscience and behavioral biology make him an authority in legal innovation.  In practice, he is Special Counsel to the firm of Gravel & Shea, specializing in the law of financial technology.  On the academic side, he is a Research Professor of Law at Vermont Law School and affiliated faculty at Stanford’s CodeX Center.  He is also a Research Fellow of the Gruter Institute for Law and Behavioral Research and an Adjunct Professor at Dartmouth’s Thayer School of Engineering.  He was formerly a visiting Researcher at the Office of Financial Research of the U.S. Department of the Treasury and served as co-Director of Harvard University’s Law Lab project.  He is the author or editor of numerous volumes and articles, and was the principal author of the recent White Paper published by CodeX on a Legal Specification Protocol – see https://law.stanford.edu/publications/developing-a-legal-specification-protocol-technological-considerations-and-requirements/.  In the business world, he is a co-founder of Skopos Labs, Inc., which applies advanced AI to questions of law and policy.