CLOSE
Ask the Expert: The Emergence Of Relational Contracts - What They are and Why They are Important?

The term ‘relational contract’ has been around for awhile and was included in a UK case decided 6 years ago. Since then the phrase has been used several more times in judgments but typically where the cases in question involved some fairly extreme behaviour by one of the contracting parties and often where the written contract in question was fairly brief and rudimentary, between smaller enterprises and entered into without the benefit of much by way of professional legal advice. A case in 2018 seemed to change all that when the term was applied to a contract running to many hundreds of pages entered into between two very substantial organisations with the benefit of very extensive legal advice. We waited to see whether that was something of a ’one-off’. Now we have the answer with a judge confirming that “the concept of relational contracts is an established one in English law”.

Why is this important? It is incredibly important because the classification of a contract as a relational contract would seem to materially impact how the contract is likely to be interpreted; make it more likely that terms will be implied (including implied duties of good faith – something which the English Courts have traditionally frowned upon) and impact how contracting parties can exercise any contractual discretion.

It is therefore vital to understand the characteristics of a relational contract so as to be able to identify them, advise accordingly and investigate what, if anything, can be done to avoid the possible adverse consequences of and potential uncertainty created by a relational contract. English contract law has always been praised for its stability and certainty but query whether this is a development in the wrong direction? 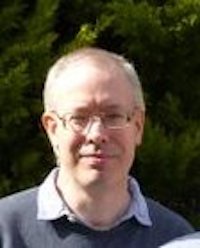 Paul Golding is an English commercial contract solicitor who, for many years, has been advising clients (both suppliers and buyers) on the drafting, interpretation and negotiation of commercial contracts. After partnership at a large Central London law firm, in 2004 he established TRG Law as one of the new breed of firms taking advantage of the developments in communication technology and the internet with the intention of providing clients with a cost-effective way of obtaining premium quality advice. Paul has spoken on commercial law topics for in excess of 20 years and he organises a ‘Hot Topics’ seminar in March of each year for IACCM delegates, which events are always incredibly well received. TRG also publishes regular email ‘Updates’ on developments in commercial contract law, in the course of which they have developed an archive of case reports which now total in excess of 400 of the most important judicial pronouncements. Paul can be contacted on (+44) 1483 730303 or at p.golding@TRGlaw.com and more details on TRG Law can be found at www.TRGlaw.com