CLOSE
Ask the Expert: When the Relationship Breaks Down - Be Prepared

In the execution phase of complex contracts, people can and do behave badly. There is a splendid example in the NHS in the UK where a local hospital-based Trust made what a Judge called “absurd” deductions from the fees of a facilities management contractor. In researching for my PhD and, as published in my book (Commercial Expectations and Cooperation in Symbiotic Contracts) I asked hundreds of commercial and contract managers how they would have dealt with the situation. In particular, I asked them to consider retaliation/tit-for-tat. This is a staple of game theory, much loved of law and economics scholars and economists. The answers surprised me.

In this seminar, I will discuss whether tit-for-tat is a credible strategy in long term modern contracts. I will also, informed by the views of my respondents, discuss the alternatives. Negotiation, relationship building, escalation and governance all come into play and I will address each. There will be time for questions. 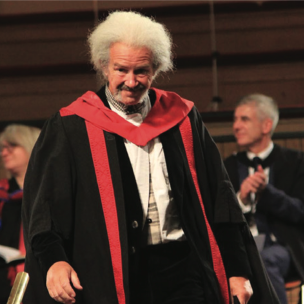 Dr C. Haward Soper. Haward Soper is a commercial/contracts specialist who worked in engineering and manufacturing for some 35 years. He graduated in Law in 1981 and his first role was with British Shipbuilders working in a project environment, building a semi-submersible oil exploration vessel, providing commercial support to members of the project team.

He then moved to McDermott International in Ardersier, negotiating and drafting complex subcontracts for fabricated structures and systems for jackets and topsides for the North Sea. After that he worked for NEI on a power station project in India, from where he moved to GEC; where he became a Company Secretary (accidentally), then Contracts Manager. Then when GEC sold the business to Alstom he became a Director and then Vice President Commercial of a medium-sized, £250M, business, progressing to General Counsel of Alstom’s UK Power business, then headed up contracting, from Duisburg, for Siemens’ $6Bn Oil and Gas Division, finally working for Shell in the Hague and Kuala Lumpur as Head Contract Management in the Far East, Middle East and Australasia.

He then retired in 2014, started a PhD in 2015, graduating in 2018. Dr Soper now spends his time between watching Leicestershire County Cricket Club trying to get off the bottom of the County Championship, cooking breakfast for the homeless in Leicester, and travelling the world; all the time doing some academic research.

If you are already an IACCM member, please sign in to continue with your registration.