CLOSE
Ask the Expert: Smaller disputes with arbitration or litigation ? No way! Innovation...

Large disputes can be well served by ligation or arbitration because the value-at-stake can justify the use of these costly and lengthy dispute resolution mechanisms.

But what happens when smaller amounts are at stake?

Typically, this can occur for smaller companies that can’t live without a legally binding award. Spending too much time on dispute resolution might even put them at the risk of insolvency.

Unfortunately, the contractual parties can’t always agree between themselves, even when supported by a mediator.

In this Ask the Expert, we will be looking at two solutions providing simple, cost-effective and timely resolution of low-to-medium monetary value disputes. After an introduction by Jan Bouckaert, this will be presented by:

Howard Carsman, giving feedback on what Intel Corporation is using on their construction program; 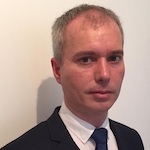 Jan Bouckaert has more than 20 years of worldwide experience in negotiation and execution of complex construction, renewable energy, power and infrastructure projects. He is also specialized in contract management, risk management and alternative dispute resolution.

During Jan’s career path, he lived in France, Belgium, Egypt, India and Portugal and worked for GE Renewable Energy, Alstom Hydro, Besix/Six Construct. He is a Civil Engineer from the University of Leuven (Belgium) and has an MBA from ISEG (Portugal). He speaks fluently English, French, Portuguese and Dutch.

Jan is the founder of AfiTaC, a company giving advice on international tenders and contracts. He is in favour of Alternative Dispute Resolution and available for dispute boards (e.g. FIDIC DAAB) and as an international arbitrator. He has been trained on arbitration and adjudication by CMAP (Paris) and CIArb (London). 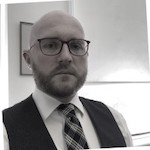 Tom Cadman, Deputy Director General, Chartered Institute of Arbitrators (CIArb). Tom is the Deputy Director General at the Chartered Institute of Arbitrators (“CIArb”), one of the world’s leading bodies promoting all forms of alternative dispute resolution in place of litigation. CIArb trains both those who wish to become dispute resolvers and those who need knowledge of dispute resolution processes as part of their day-to-day roles. It has over 16,000 members in over 130 countries across the world.

Tom has responsibility for CIArb’s Dispute Appointment Service which exists to provide dispute resolvers for a wide variety of disputes. He also has oversight of CIArb’s Policy and Research functions which are thought-leaders on all things ADR.

Tom qualified as a solicitor in 2008 and joined CIArb as its Director of Governance and Legal Services in November 2015. He was appointed Deputy Director General in January 2020. 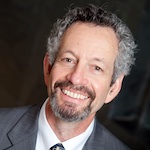 Before joining Intel in 2015, Mr. Carsman practised law in the Pacific Northwest, focusing his practice on construction, surety, real estate and insurance. As a member of Bullivant Houser Bailey, he founded the firm’s construction practice and served as the practice leader in the firm’s Portland, Oregon office.

Mr. Carsman has dedicated much of his professional life to alternative dispute resolution, in a variety of forms. Since 1996, he has served as a mediator, arbitrator, special master for construction litigation in Oregon state courts, and as a partnering facilitator for construction projects.

Mr. Carsman is currently a member of the ABA ADR section’s Task Force on Conflict Prevention Techniques. He has served as a board member for the Hazelden Springbrook Foundation and as Counsel to the Board for the Oregon-Columbia Chapter of the Associated General Contractors.

Mr. Carsman began his legal career in 1979 in Boise, Idaho, as a Deputy Attorney General for the state of Idaho. He is a graduate of the UC Davis School of Law and California State University at Northridge.

If you are already an IACCM member, please sign in to continue with your registration.