Research confirms that negotiation has become increasingly virtual, that face-to-face negotiations are no longer the norm. Yet that same research shows a lack of planning which means that negotiators are frequently Ill-equipped, ill-prepared and - too often - insincere. The coronavirus pandemic is forcing a growing number of unplanned negotiations as organizations try urgently to readjust their relationships and commitments. With the closing of international borders and corporate travel bans, almost all those negotiations will now be virtual. In this webinar, negotiations expert Keld Jensen and IACCM President Tim Cummins will discuss what we must learn from today's business negotiations and how we should be approaching 'virtual negotiation'.

​This is part one in a two-part series. 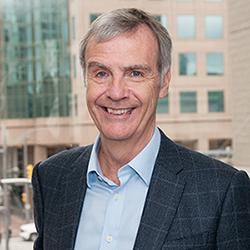 Professor Tim Cummins is founder and President of the International Association for Contract & Commercial Management (IACCM). He was inspired to start the Association by his work at the IBM Corporation, where he led global re-engineering of the contracting process and commercial organization. Through worldwide benchmarks, he recognized the importance of developing contract and commercial management as a distinct business discipline and competency. His research and influence have been recognized through appointment as a Professor of International Commercial & Contract Management in the school of law at the University of Leeds, and in 2019 as the winner of the Financial Times ‘Market Shaper’ Award. 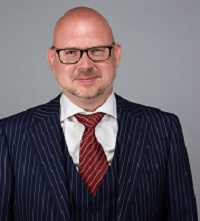 Keld is an internationally recognized expert and advisor on negotiation, trust, and behavioural economics. He works with governments and major corporations in applying the techniques of SMARTnership negotiation—value-based collaborations—while maintaining a busy teaching schedule at top-ranked universities around the world. Mr Jensen has made more than 200 international TV appearances, and contributes regularly to Forbes magazine, reaching more than 2.8 million readers.

A prolific author, Keld has written 24 books to date, with his works available in more than 38 countries. In 2016, he was named as one of the world’s Top 100 Thought Leaders in Trust. In 2017, his concept of SMARTnership won the Best Negotiation/Tender Award from Denmark’s Organization of Public Procurement Officers. In that same year, he received the prestigious Innovation Award from IACCM (the International Association of Contract and Commercial Management).