Contracting technology revolution - here today, but are we ready?

Revolutionary new technology is set to deliver exponential performance gains by placing contract management at the center of business activities - but can our professions adapt quickly enough to make it happen? Our technology experts provide a glimpse of the exciting future that is just around the corner ... but may elude some.

New technology is recognizing the critical importance to the bottom line of effective contract management. We may be on the brink of a revolution that could make that recognition a reality, but will all areas of business be able – or willing - to adapt? IACCM research indicates casualties may lie ahead.  Technology experts -- Kai Jacob, Head of Contract Management at SAP SE and Claude Marais, President of SirionLabs -- share their insights into the possibilities and practical realities of transitioning to an information rich future.

Could this be the reality of tomorrow's contracting?

Imagine a scenario where all the contracting parties have direct access to the same shared performance management information. All the terms, obligations and information of interest or concern to any team or user are available at the click of a button. A shared dashboard provides a tailored status view of progress, risk and any discrepancies covering all aspects of the business.

Is such a utopian scenario possible? Yes, definitely, our experts agree. Many of the building blocks of this joined up technology are already in place and in everyday use in enlightened organizations worldwide. Less certain is how easily full integration and “information enablement” can actually be achieved – even though it offers the opportunity for exponential performance improvement.

Where are we now?

Our experts also agreed on where the technology is today and where it is headed. They see developments as a continuum built incrementally on processes that were once entirely paper-based to today's stand-alone CM systems working alongside or linked to existing Enterprise Resource Planning (ERP) systems to provide a broader view of the data supporting the contractual process.

“ERP systems were traditionally focused on financials, the procurement process and more recently the contracting process. These tools were never developed to manage service contracts after the contract is signed. Ironically, this is where most value leakage occurs,” said Claude. The contract itself sits outside the system, on paper or as an unsearchable Word document, PDF or scan.

“Complex service agreements require a more in depth level of management starting with the obligations in the contract (what was supposed to happen), the performance data (what actually happened) and the invoice data (what am I being charged for). These elements are not compared in ERP systems and this is the underlying cause of the level of frustration of ERP users in this domain. To be fair, the ERP systems were never designed for this task.”

In what could be seen as an intermediate “obligation-level” phase, technology is now becoming available that bridges that gap, giving clear, granular visibility of what the supplier needs to deliver. With performance data for the work performed by the supplier also captured in the system it facilitates and encourages performance management at a shared level, supporting sourcing partners' relationships through more integrated management of contract, performance, financial, relationship and risk disciplines.

“Companies will be able to much better relate performance and invoicing to the contract they signed,” said Claude. “In addition, client and suppliers will increasingly share data and have a single repository for obligations, performance data, actions and issues. Also, we will increasingly see integrated workflows between clients and suppliers. We are already seeing clients adopting these changes in their vendor management organizations.”

Next generation technology on the horizon – a step too far?

Still largely visionary, systems that would be breaking the contract down into its component parts and integrate it fully into the management of business activities at clause and term level would take this functionality to a whole new level, with “exponential performance gains.” With real-time dynamic links to enterprise-wide data, highly granular contract data, meta data and attributes would make it possible to report on 100s of thousands of contracts across multiple user-determined views in just one click, eliminating the causes of value leakage. It would also yield huge amounts of information that could be leveraged for analytics.

However, to support this level of shared information we will need systems that can effectively integrate all of these functions, and architecture that allows shared data. We also need support and an appetite for change across the professions, our experts agree - but could this last requirement prove to be a step too far?

Time for a reality check?

Though the potential for gain is huge, my recent blog Contracts and Technology gives a realistic assessment of where we are now according to IACCM research – but paints a less than optimistic picture of the potential for change.  I raised these points:

Our experts agree. Kai commented, “Coming from a world of e-mails, attachments and MS Word into a world that is fully information-enabled, we have to find ways to structure all our work and everything we do in such a way that we can re-use it, find it, track and trace it.”

“As of today we've signed the contract (electronically or via ink on paper), and one party goes right the other left. They both have their views on their contract, their own CM software, their own ERP, what happens then? Each party translates the contract to their own delivery team and soon they start to have their own views on things - which may deviate from what the parties originally intended.

“Now the idea is to keep the contract centrally – let's say on a shared platform - and maybe generate views, the legal stuff from the obligations. That way, the delivery team can focus on who is responsible for doing what when. So whenever the parties meet they are looking at the same screen. They can discuss any issues jointly, agree to changes and apply the changes directly to the contracts, send the update per workflow for approval and sign it electronically – the contract is instantly updated and both can see exactly what is happening.”

If we can't track changes we are 'blind'

Kai added, “We are moving to new ways of working that center activities around the contract, the written language, the clauses - that is the interesting part and what constitutes a relationship. But we are still in a world where MS Word is our main vehicle to negotiate contracts, with a PDF or scan representing the signed contract. But you can't easily search into that by electronic means. You have to apply OCR technology first to analyze the text, the language itself. We do already use templates that generalize and standardize, but people still deviate. With a Word template we can't tell to what extent. One single word changed in, say, a payment clause could have a massive impact, whereas a couple of sentences elsewhere would have perhaps only minor impact. We cannot track or trace these changes, we have no insight, we are blind.

“We have to extend ERP to manage contracts better, get rid of files and move to clause-based contracting. You can generate as many views as you want if you can identify the parts, making it possible to report on 100s of thousands of contracts in just one click, and with meta data and attributes yielding huge amounts of information that can be leveraged for analytics. Via the 'dashboard' CEOs can get a view of what they are interested to see, from how many deals they have in the pipe or fully executed to who is assigned to which deal. Work balancing is possible because there is full transparency into the end-to-end process.

“It's important that you have a solid integration in the up and downstream processes to make sure the system reacts in real time. In addition all the master data and all links should dynamically update if something happens in the leading application, so your CM is updated accordingly.”

In moving to a new information-enabled way of working that relies on granularity of its individual components and clause-based contracting, change management is without doubt the biggest task and hurdle ahead.

Kai said, “By standardizing the vast majority of clauses that don't require specific approval, and providing alternative options, including their commercial implications, for those that do, it would become possible to monitor exactly to what degree a contract deviates from a standard. But this new transparency would be a huge step for commercial functions and in particular for legal, a completely new way of working. There is naturally much anxiety about a clause-based contracting approach. Communication and building trust are key.”

So will it (can it) ever happen?

Whether such a transition will ever be possible remains to be seen. If and when it happens, the systems are ready with tools to support it.

Claude was less optimistic and sounded a clear note of caution, saying, “Industry standard agreements are slow to take hold and will likely not become widely used in the foreseeable future.  Even if it is achieved at the terms and condition level, it is unlikely to be used widely at the SOW and exhibit levels.  Technology designed on the assumption of standard agreements is likely to fail. For now the key barrier to the effective use of technology in contract and supplier management remains the unfortunate focus on pre-contract rather than pre and post contract activities in many companies today. They still have not come to grips with the fact that significant value leakage takes place after the contract is signed and that they therefore need to focus much more on the governance of contracts after signature.” 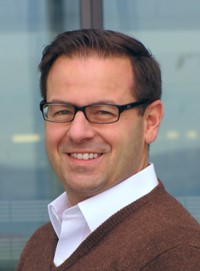 Being a German qualified Lawyer, Kai joined Lufthansa Systems AG, Frankfurt, in 2004 where he held different roles: starting his career as legal counsel for the purchasing department, he became Head of Contract Management Services before he moved on to the corporate strategy department. During this time, he developed a concept for the introduction of corporate wide contract management process at Lufthansa Systems.  Since August 2008 he has worked for SAP in Walldorf, contributing his share as Senior Legal Counsel to the SME Line of Business, but with the same focus: creating a concept for a new contract management solution at SAP. In parallel to his professional career he joined IACCM in 2004, became a board member in 2012, supporting the board as Officer & Vice Chair EMEA since January 2014.

Claude has been a leader in the global sourcing domain for over two decades. Prior to SirionLabs, Claude pioneered ISG-TPI's supplier governance solution. During his leadership the practice grew to $11bn in managed TCV. Earlier, Claude was the global leader for contract management and strategic sourcing in GM's $3bn/year ITO organization. He is a co-founder and past National Chair of the Society for Information Management IT Procurement Working Groups, a founding member of the ICEX Outsourcing Forum and a Fellow and Honorary Vice Chairman of IACCM.